Trans Pride Seattle is an annual event organized by Gender Justice League in association with local organizations who support the Seattle-area trans and gender non-conforming community. Supporting organizations for Trans Pride Seattle from past years include (but are not limited to) the GBSA, The Pride Foundation, Gay City Health Project, and GLEAM (LGBTQ Microsoft Employees).

Trans Pride Seattle is open to everyone who believes that trans and gender diverse people deserve to live lives free from violence, discrimination, stigmatization, poverty, hatred, rejection, medical abuse and neglect, and mental pathologization. We encourage the participation of groups, organizations, and individuals in the trans and gender diverse community and those offering services directly to our community.

The goal of Trans Pride Seattle is to increase the strength of the trans and gender diverse community and its allies, both within and beyond Seattle, through increased visibility, connection and love, decreased isolation, and the celebration of our amazing lives.

Together as a community we do more than survive, we thrive; creating collective endeavors that support our needs as parents, children, friends, lovers, students and workers; building space within the various communities to which we belong to participate fully, as our entire selves; and fighting for freedom, rights and respect in society. Trans Pride Seattle is a vital step in this journey.

Trans Pride Seattle seeks to show our numbers, share our ideas, and call for an end to the violence, discrimination, stigmatization, poverty, hatred, rejection, medical abuse and neglect, and mental health pathologization that trans and gender diverse people face. We aim to increase the visibility and acceptance of Seattle’s vibrant trans and gender diverse communities by recruiting allies and engaging the wider community on trans issues while celebrating our rich diversity, strength, and beauty.

Trans Pride Seattle takes place on the Friday before Seattle’s Pride Festivities (the last weekend in June). Trans Pride Seattle 2018 will take place on June 22nd. The March starts at 6:00pm (assembly beginning at 5pm), with festivities in Cal Anderson Park running from 6:45pm to 10:00pm. After Party information will be announced from stage at the event.

Trans Pride Seattle starts with a march. We assemble at the courtyard north of Seattle Central Community College for the march at 5:00pm. At 6:00pm we begin to march down Broadway towards Pike Street where we turn left, march east on Pike Street and then left onto 11th. The March will end with a rally and celebration in Cal Anderson Park.

Trans Pride Seattle is proud to curate a diverse and powerful group of speakers and performers from around the United States. A few speakers from select local organizations will also be taking the stage to discuss their work and the services and opportunities they offer. In addition, there will be an information and resource fair with a wide variety of community groups and organizations doing outreach. There’ll also be food trucks and our beloved community out in full force!

The Trans Pride Seattle events, from 2013 to 2019, were all a smashing success, with participation by thousands of community members and allies. We received the support and involvement of a wide range of community organization as well as coverage by local, national and international media. Let’s continue the tradition and make 2018’s Trans Pride Seattle an unforgettable gathering, celebration and rallying cry heard around the world. Please help us out by donating and/or volunteering. 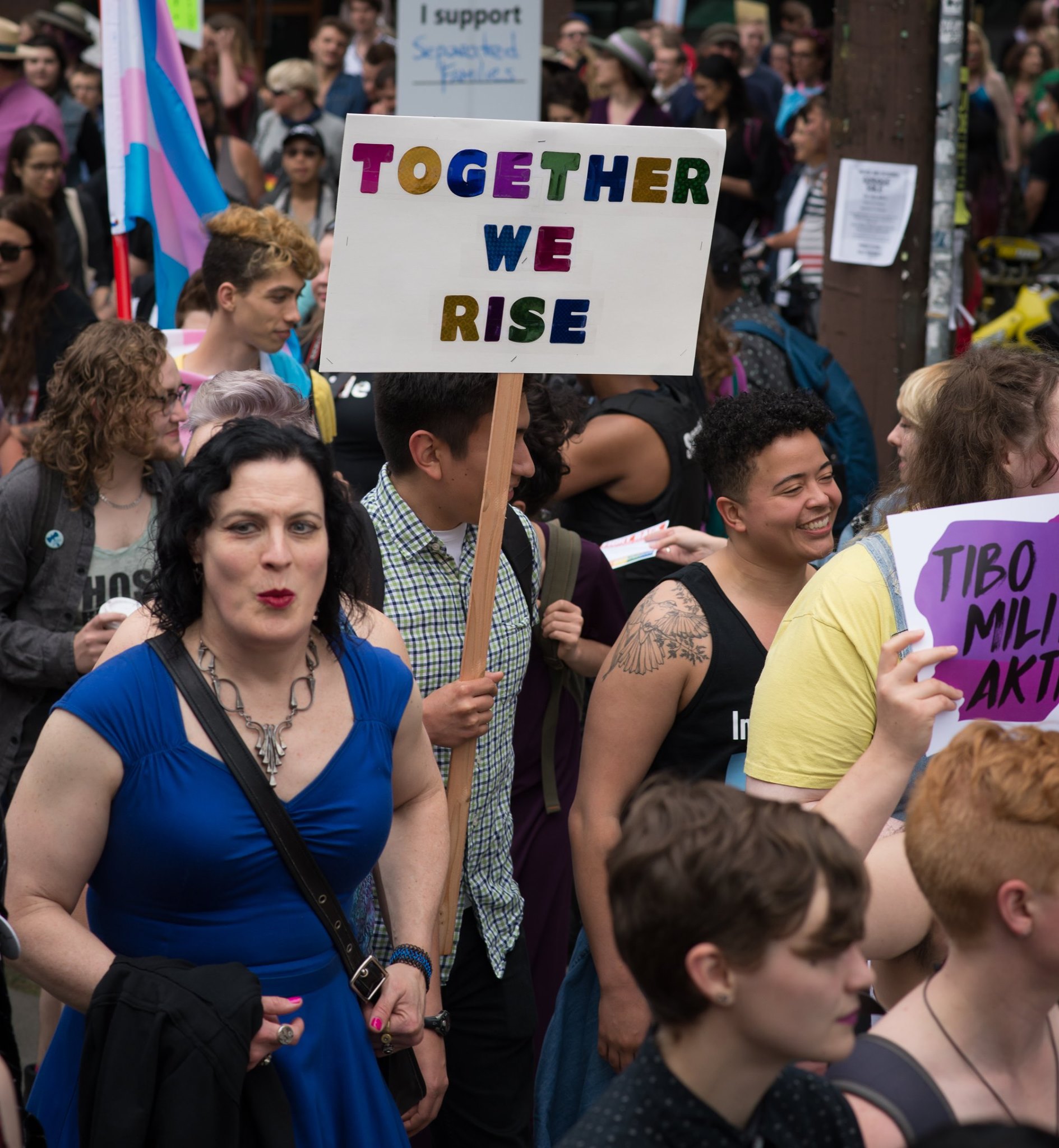