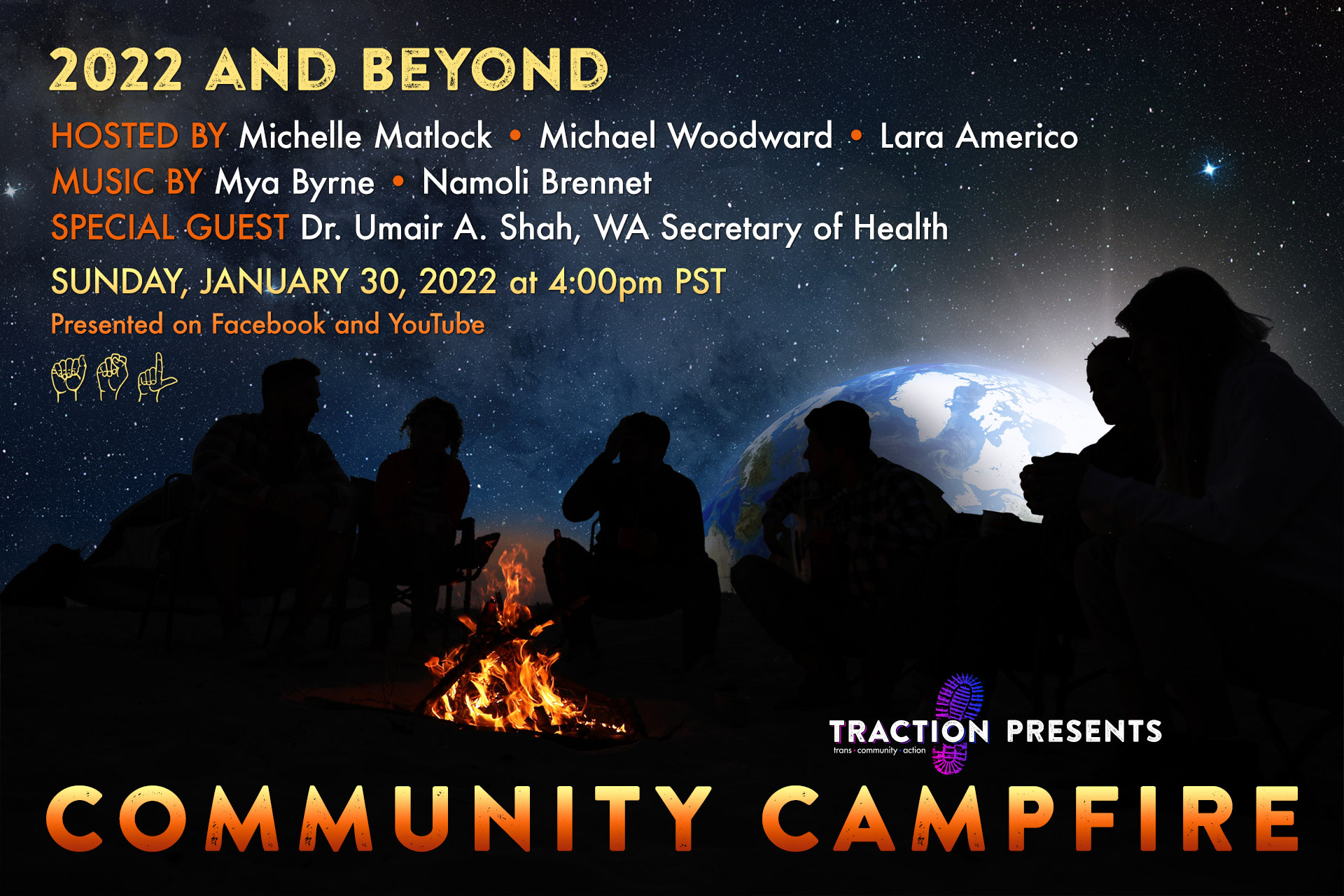 Community Campfire: 2022 and Beyond

Join TRACTION this Sunday, January 30 at 4pm PST for our first Community Campfire of 2022, a virtual gathering for trans, Two-spirit, nonbinary, and all gender-diverse people, friends, families, and allies including music from artists Namoli Brennet and Mya Byrne and featuring a conversation with Washington Secretary of Health Dr. Umair A. Shah about public health, COVID-19, and gender-diverse people in Washington.

Presented on Facebook and YouTube. (Click desired link below. Event will go live at 4:00pm PST. If you don’t see it after 4:00pm PST, please refresh your screen.) 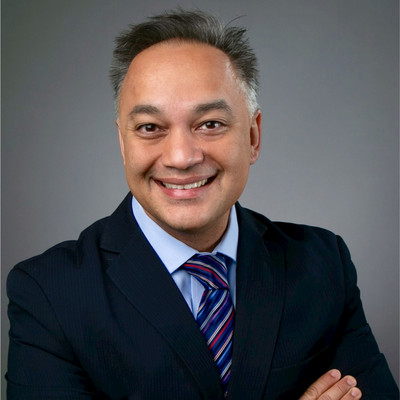 In late 2020, Dr. Umair Shah was appointed by Governor Jay Inslee to the post of Secretary of Health for the state of Washington. In this current role, Dr. Shah oversees the dedicated health professionals who make up the Washington Department of Health in serving the residents of the state.

Dr. Shah has enjoyed an extensive career as Emergency Department physician at Houston’s VA Medical Center. He served as Chief Medical Officer of Galveston County Health District before joining HCPH in 2004. HCPH has won numerous awards including as Local Health Department of the Year by the National Association of County & City Health Officials (NACCHO) in 2016 for innovation, engagement, and health equity.

Dr. Shah is known for work in population health, equity, innovation and engagement. Over his career, he has made contributions as a clinician, innovator, educator, and leader. 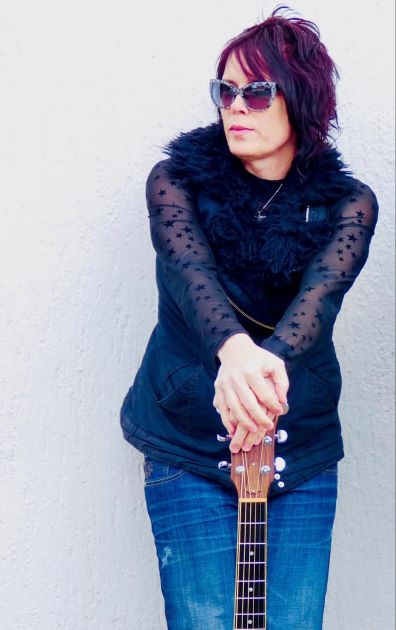 Dubbed, “Among the best folk-rock artists in the US” by the Tucson Weekly, singer/songwriter Namoli Brennet has been touring the US and Europe for 12+ years. A 4-time Outmusic award nominee who was featured in the inaugural Trans 100 list, Brennet has self-released an astonishing 13 albums since her debut in 2002. Her music has been featured in The Advocate, on NPR and in the Emmy-award-winning documentary Out In The Silence which details the struggle of a gay teen growing up in rural Pennsylvania. Brennet’s live performances spurn typical singer/songwriter fare, opting instead for incorporating loops, delays, keyboards, foot percussion and vocal effects to create a one-woman soundscape. Pride.com included her performance in Las Cruces as “One of the most iconic pride performances of all time,” along with Nikki Minaj, Arianna Grande and Tegan and Sara. An artist whose music has evolved, along with their gender, into something sophisticated, powerful and moving that defies categorization. 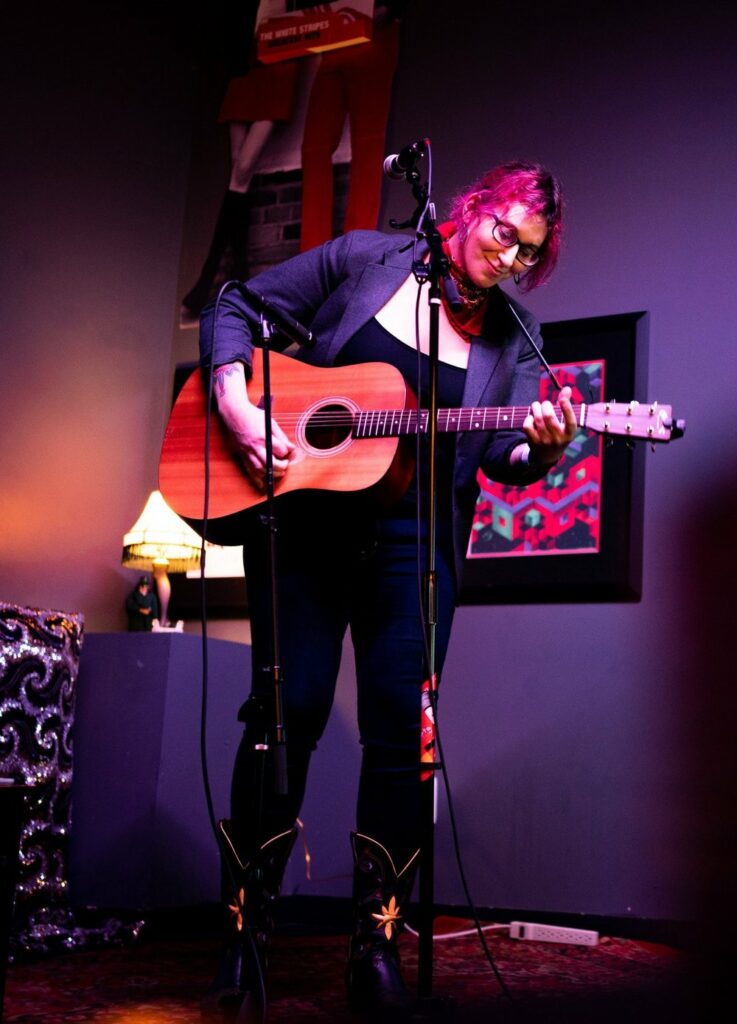 Recently featured on Reba’s Top Ten remix of “I’m A Survivor” (on mandolin & lap steel), at AmericanaFest 2021, and in Rolling Stone, Mya Byrne’s “rootsy, soulful” tunes (Time Out) and electrifying performances draw comparisons to Lucinda Williams, Chris Stapleton, and The Band. Her new LP, produced by Aaron Lee Tasjan, is due out in 2022.

She’s performed on many great stages, including Berkeley Rep, San Francisco’s Dyke March and Trans March, Levon Helm’s Ramble, and the Philadelphia Folk Festival. She also performs, records, and co-writes with artists of many genres, including Paisley Fields, Adeem the Artist, and the legendary Lavender Country. 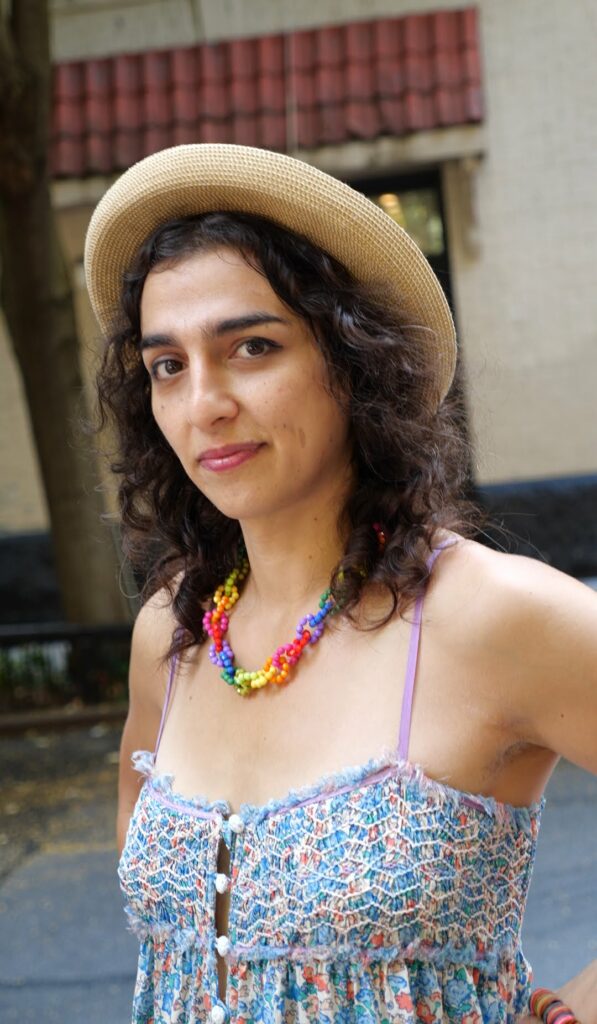 TRACTION board member Lara Americo is an artist and musician whose focus is on the potential present of indigenous people if it wasn’t for colonization. She is also a journalist with bylines in the New York Times, NBC, and more. She lives in New York City near the site where pride began. 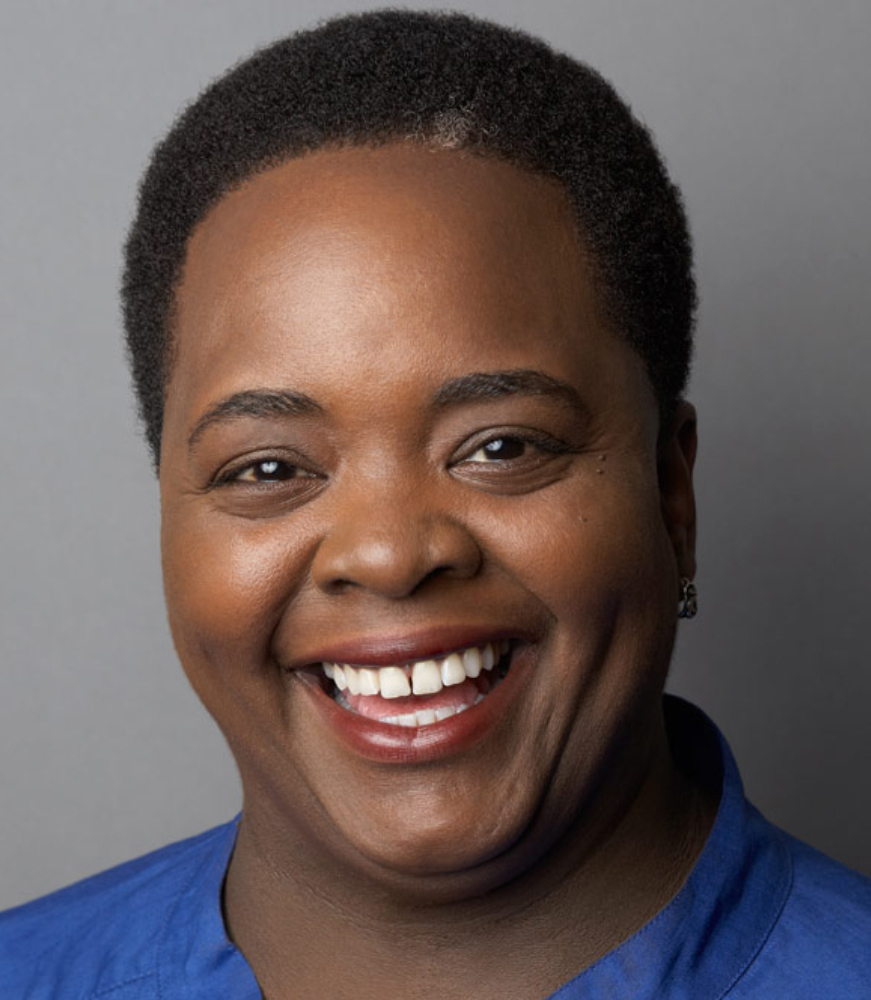 Michelle Matlock (they/them) is a performer, teacher, producer, director and thriving creative. Most recently, they created and played the main character, “Ladybug” for Cirque Du Soleil’s touring show OVO. While with Cirque, they visited 13 countries and performed in over 2000 shows! They are a native of Washington State, where they studied theater at Western Washington University for three years and then went on to graduate from the National Shakespeare Conservatory in New York City. They spent 15 years in New York acting, clowning, and creating shows while working with the Big Apple Circus, Circus Amok, and the Bindlestiff Family Cirkus. Their critically acclaimed solo show, The Mammy Project, has been produced several times in New York City and all over North and South America. Currently, Michelle lives in Tacoma, WA and is the founder of Circle Up Productions, a live entertainment and performance art education company focused on producing a blend of theater and circus arts shows, leading performance arts workshops, and curating special events. 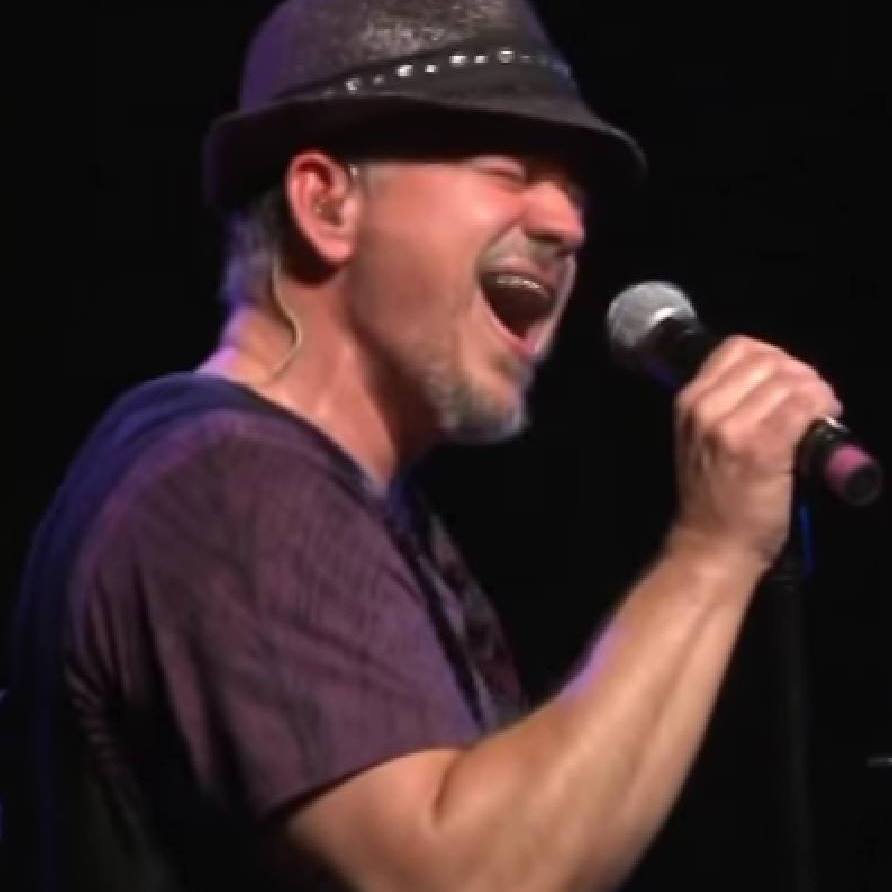 Michael Woodward (he/him) is a writer, rock star, change agent, rabble rouser, and early leader in the gender justice movement — in no particular order. He has published myriad nonfiction books, articles, and blogs, most notably contributing the title essay to the 2014 transmasculine anthology, Manning Up, from Transgress Press, and several entries in Encyclopedia of Sex and Sexuality: Understanding Biology, Psychology, and Culture (ABC-CLIO, 2021).

He holds a BS in Public and Corporate Communications from Butler University and later earned a Master of Public Health Policy and Management and Graduate Certificate in Collaborative Governance from the University of Arizona.

Michael is also an aqua fitness coach and an accomplished vocalist. He was the lead singer in Tucson’s infamous trans and allies cover bands, Too Much Information and BlackMagic: A Tribute to Carlos Santana. A co-founder and current Board Vice President and Treasurer of TRACTION, he lives in West Seattle with his nonbinary spouse, Carolyn, and their feline companion, Simon.

Presented by TRACTION – trans community action, a 501(c)(3) nonprofit in Washington State. TRACTION cultivates connection and visibility for transgender and gender-nonbinary people through community service in support of underserved communities. Learn more about our work.

This event is made possible through the generosity of Group Health Foundation as well as our community partners Gender Justice League and UTOPIA Washington.

Donate today and make a difference!